To satisfy her love for the arts, and more particularly for the theatre, Marie-Antoinette asked the architect Richard Mique to build a theatre in her new domain: the Trianon. Artfully hidden in the Petit Trianon gardens, the Queen's Theatre was finished in spring 1780 and inaugurated on 1st June the same year.

The Queen commissioned shows, asking for works that show her interest for the music of her time: Gluck, Grétry, Sacchini and Paisiello.

On September 19th 1780, Marie-Antoinette was on stage performing with the Troupe de Seigneurs for an audience of her personal entourage, whom she invited herself. That evening, she was the lead actor in Le Devin du Village (The Village Soothsayer). The 2018-2019 season is reviving this performance for the second year, for an exceptional evening around this one act opera written by Jean-Jacques Rousseau. 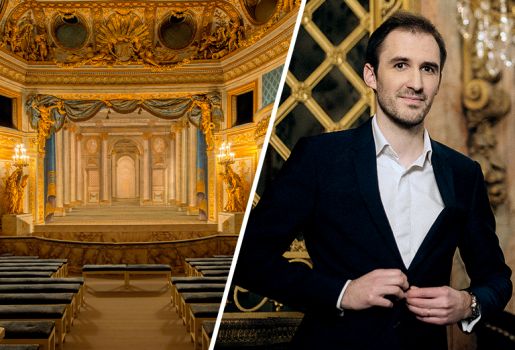