Book your tickets for 2020 edition of Versailles Electro

For the very first time, Château de Versailles will be the exceptional setting of a performance by a legendary line-up of French electro musicians: Breakbot x Irfane, Busy P, Myd, So Me.

The four DJs of the Ed Banger Records label, a major figure of French Touch for more than 15 years, will have you dancing all evening to a memorable set, at the foot of the Hall of Mirrors.

In 2009, Breakbot signed on Ed Banger and published his first single the following year, Baby I’m Yours, a sugary retro track reflecting his best inspirations, between the Pacific pop of the Doobie Brothers and Chic’s satin disco. To give his groove more shape, he called on singer Irfane’s melodic voice. The singer, who is from Strasbourg with Yankee origins, had also made a name for himself in the mid-aughts by lending his Curtis Mayfield-like singing to the funky band Outlines.

Signed on the Berlin label Sonar Kollektiv, Outlines made a string of hit songs that ended up on Radio Nova’s playlist, along with some great remixes for DJ Mehdi among others.

Breakbot and Irfane met toward the end of the years 2000 at a release party for Ed Banger colleague Krazy Baldhead and haven’t left each other’s side since.
After the Baby I’m Yours EP and a few other similar projects, Breakbot released his debut album in 2012 on Ed Banger. By Your Side, a sun-filled soundtrack with cheeky writing, where the bass line and the guitar answered each other in a rhythmic lovefest.

Five of the thirteen album tracks were carried by Irfane’s boogie voice.
Together, Breakbot and Irfane have presented By Your Side in all the big cities of the world on a tour that has lasted almost two years. This long meandering finally gave the two friends the idea to create a duo. Today, Breakbot isn’t just a longhaired stringy guy, but a bubble in which Irfane has naturally found his place. Breakbot and Irfane are Breakbot. "I am Thibaut’s break", routinely says Irfane.

In 2016, the new Breakbot version "one plus one" released a second album, Still Waters, a new assortment of southern sunrays, with swinging images of dancefloors filled with guys in flowing trousers and bare-shouldered young girls. For this occasion, Breakbot and Irfane followed a well-oiled formula. They each cook-up outlines of rhythms and melodies that the two boys then modify, complete and prolong to reach a final draft. For Still Waters, which also contains 13 tracks, Breakbot have nonetheless tried out a few new moves: unlike the previous album, this one is more of a matrix with intricate workmanship, carved out with the help of old analogue machines rather than softwares. Some of these tracks were also happy accidents from improvisation sessions, ricochets of voices and chords born of old-school jamming sessions. Thirteen bouncy acts with Stevie Wonder and the Motown crowd in the background, spouts of funk and disco on a well-trodden dancefloor. Crafty ideas whipped-up in a vintage outfit with techno vibes and futuristic accelerations creating a perfectly current soundtrack. Tomorrow’s retro.

With Still Waters, Breakbot introduced its new head along with a new uniform. With the help of art director Philippe Jarrigeon, the guy wearing short shorts and knee-high socks has become a character in a cocktail coloured costume, like a Florida prince. Image on music.
Breakbot have been on tour ever since. 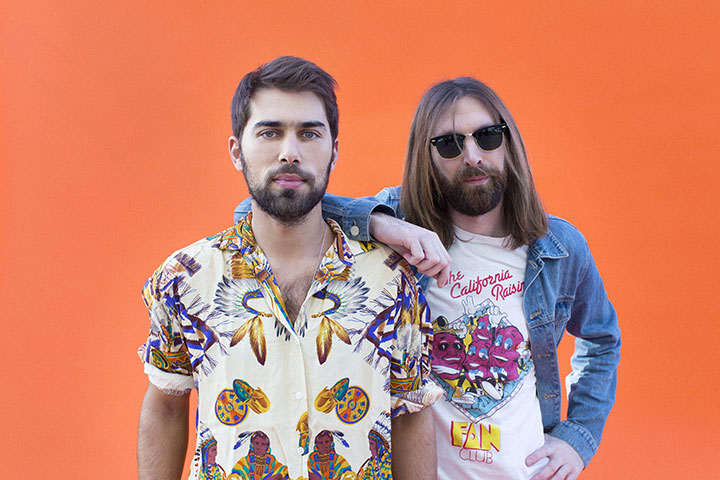 If you haven’t heard of Pedro Winter, you must hate electronic music, have no access to the internet, or else live in a cave! If this doesn’t apply to you, you will have listened to one of the many artists on his label Ed Banger Records maybe without even knowing it.

DJ, producer, art director, and boss of the Ed Rec label, Pedro « Busy P » Winter shifted from being an emblematic figure of the Parisian underground to the Frenchman who makes the whole World dance.
At only 34 years old – 12 of which spent managing Daft Punk (six millions albums sold) – the man who discovered Justice is established as the golden boy of electronic music. Yet, this former skateboarder, fan of hard rock, stumbled upon his career by chance.

As a real club kid in the early 90’s, he went out every night. David Guetta soon spotted him and gave him a chance at the mythic Palace club where he held his first parties in 1995. In that temple of Parisian nightlife an impressive list of talents with a bright future were to be found. Daft Punk of course, but also Mororbass, Dimitri From Paris, Dj Cam and more.

The "French Touch" was born and Pedro was already a major part of it. One year later while Daft were recording their first album, they asked Pedro to become their manager. His career was launched.
His rise to prominence may echo that of the "American dream", but his success has not produced a shark-like manager, nor a hardened businessman. Available and friendly, his energy is contageous. « A lot of people think I plan everything, but I never had any career plan. If I worked a pose, a cool attitude, it would be blindingly obvious. All that happens to me is ac- tually a mixture of chance and luck. I was at the right place at the right moment, the rest is work. »
And it has paid off.

Between the Justice hits and the World tours, Pedro is more "Busy" than ever. These days, he tends to spend almost as much time on planes than in his office. To really see this you only have to look at his hectic schedule. From three consecutive years at SONAR to COACHELLA in 2008 and 2009, Pedro has played at some of biggest festivals worldwide. Moreover, hefound time to squeeze in a U.S tour in March in 2009. This was followed by the LEVI’S UNBUTTONED EUROPE TOUR. This fall has also been booked up, since Busy P has planned an Australia tour and a European tour with EASTPAK.
Aside from collaborating with several brands, links between labels have given birth to some epic parties. The STONES THROW VS ED BANGER and WARP/ED PARTY with Warp Records will be etched on our memories for a long time!

And it’s not just in Europe that Ed Rec is making it’s mark. From Los Angeles to Tokyo, Ed Rec mania is taking over, although Pedro reassures « It’s true, people think I am everywhere at the same time. There is always someone from the label touring abroad. This is because we never wanted to limit ourselves to a French or even European vision of our music, but we often play in France and we have the same pleasure playing in Bordeaux as in New York! »

As a good artistic director, he was one of the first to realise the potential offered by the Internet and to appropriate these new modes of communication « Today the kids come back home and don’t turn the T.V on anymore, they dash over to their computer and choose for themselves what they want to watch or listen to. The advantage with the web is that there is no more buffer between the artist and the public. That’s what really makes the difference… » And it works, with more than 50 millions plays on MySpace all artists tincluded, Ed Banger is unmistakably the label of the moment.

Pedro manages to find the time to diversify his activities, and his brand. Driven by the demand of the fans, he created the COOL CATS blog with So Me. The blog is closely linked to the Cool Cats store, which sells their merchandise, including a limited edition pair of Nike Air Force One’s, designed by Pedro and So Me.

With an insatiable appetite for new ideas, he follows this up by talking of the upcoming releases of the label and casually remarks on his monthly residence at Space Ibiza since 2008. When you ask him if it’s hard blend his work as an artistic director and his own artistic career he smiles « I like mixing things, i’ll be bored being just a DJ and i’ll become nuts being a label manager. The Busy P character allows me to act crazy on stage, it’s kind of a workout for me! But more seriously, my main business is running an exciting label. »
King of cool. 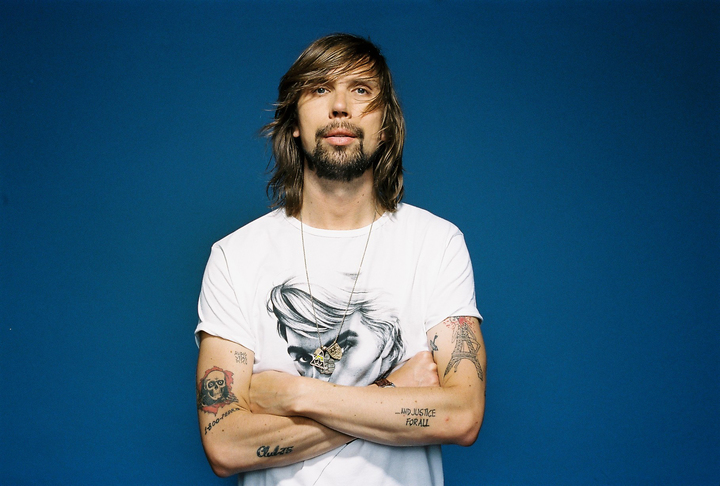 Myd music echoes his multiple faces either as a solo artist or in the band Club cheval, alongside Panteros666, Canblaster and Sam Tiba. Myd is also a talented beatmaker – working for several artists he picked with care as SCH, Lacrim, Alonzo in France, Theophilus London or Kanye West in the US.

Recently, he received his first double platinium record for the production of the rapper SCH with DJ Kore. After the release of his EP entitled "No Bullshit", featuring Atlanta’s rappers Twice and Lil Patt, Myd just released a new EP, "All Inclusive" on Ed Banger, as well as a video clip directed by Alice Moitié. 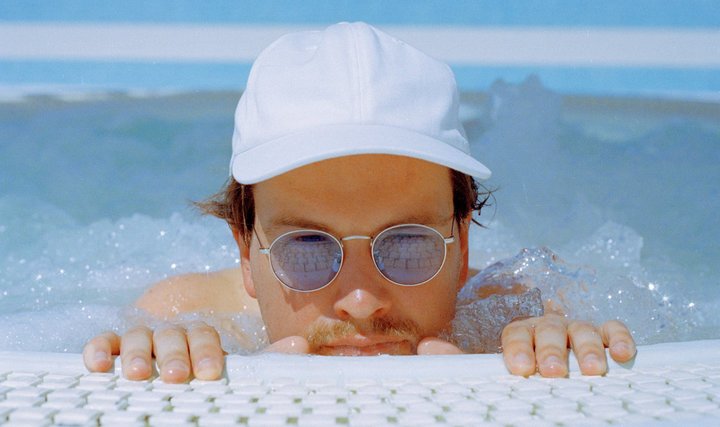 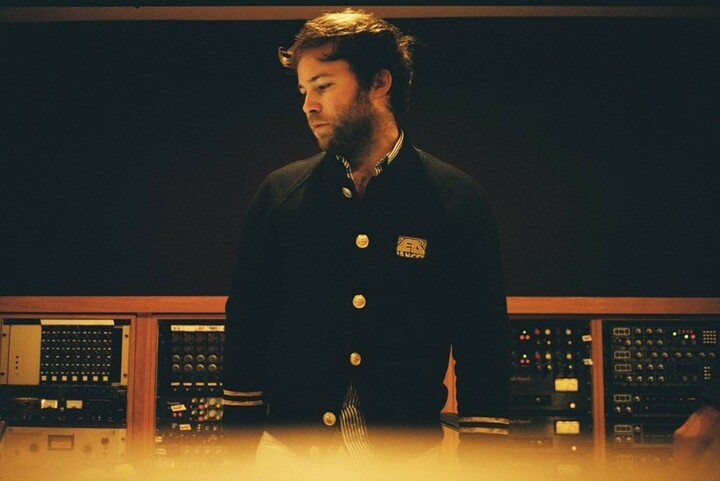 Because of the high numbers expected and the Vigipirate plan we recommend that you arrive at least 1h before the concert begins.

To facilitate control access, please print your ticket in advance.

Introducing the following objects on the site is forbidden:

Please note: no access is possible without ticket. No ticket sale on site.

Under 18s must be accompanied by an adult.

Anticipate your return after the event! Here are the different means of transport available:

BUSES
Coaches service departing from Avenue de Paris, opposite the Palace of Versailles, at the bus stop 171.
Departure time: 00:45am
Stops: Place Charles de Gaulle (Étoile) - Concorde - Châtelet – Bastille
Rate: €15
You can exclusively buy tickets online and in advance on this website up to June 5th, 6pm.
No sale on spot.