Those UNDATED PRIORITY ACCESS tickets allow you to attend the Night Fountains Show on the Saturday of your choice until September 17th, 2022.

Every Saturday evening in summer, the French Gardens of Château de Versailles are decked out in thousands of lights to dazzle you. The groves and pools, all fountains playing and lit to the sound of the Sun King's music (from Lully to Charpentier, from Gluck to Rameau), punctuate a magical 2.5 hour walk through the gardens until the final fireworks display.

From the Grand Perspective where you will admire the elegantly illuminated statues, topiaries and basins, to the recently restored Latona fountain... From the Green Carpet vibrating to the rhythm of monumental flames, to the Ballroom Grove where you will take a few dance steps surrounded by a thousand and one candles... From the Bassin du Miroir where modern jets of water intertwine before the surprising light of the Colonnade... From the Encelade Grove where you will discover the buried giant to Apollo's Bath Grove where you can stroll and admire the sculpted groups of the Thetis grotto... From the Three Fountains Grove where the rockeries and shells of the fountains set on three terraces will delight you, to the aerial effects of the contemporary fountain-sculptures of the Water Theatre... it is a walk full of surprises and marvels that awaits you. And as a climax, the magnificent compositions of water jets, baroque choreography and cascades of light at the Bassin de Neptune, the largest pool in the gardens of the Château de Versailles.

To round off the evening, the famous pyrotechnic magicians, the Groupe F fireworks team, invite you to the Grande Perspective for a royal fireworks display.

Groupe F, a world-renowned firework collective, has signed the Grandes Eaux Nocturnes and pyrotechnic shows at the Château de Versailles since 2007. Their last great feat was the incredible fireworks display on 31 December 2020 shown of French television channel, France 2, which lit up the Jardins à la Française to music by Mika. You may also have admired their work on the occasion of the Rio Olympic Games, or the year 2000 celebration at the Eiffel Tower...

These tickets are not valid for the Electro Night on Saturday, September 24th 2022. 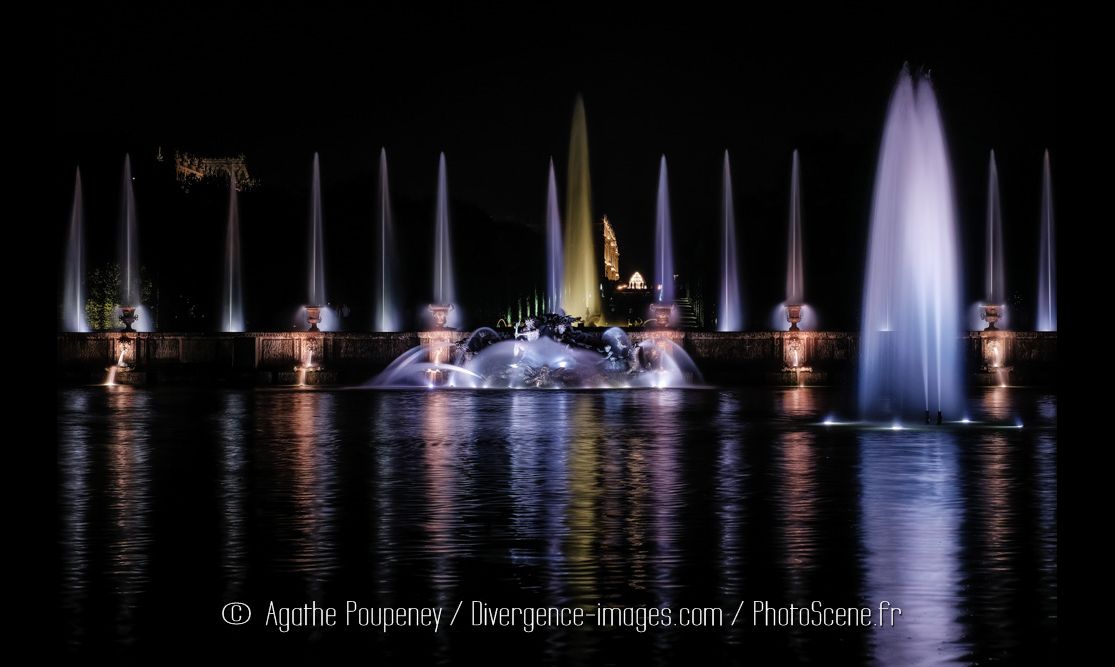 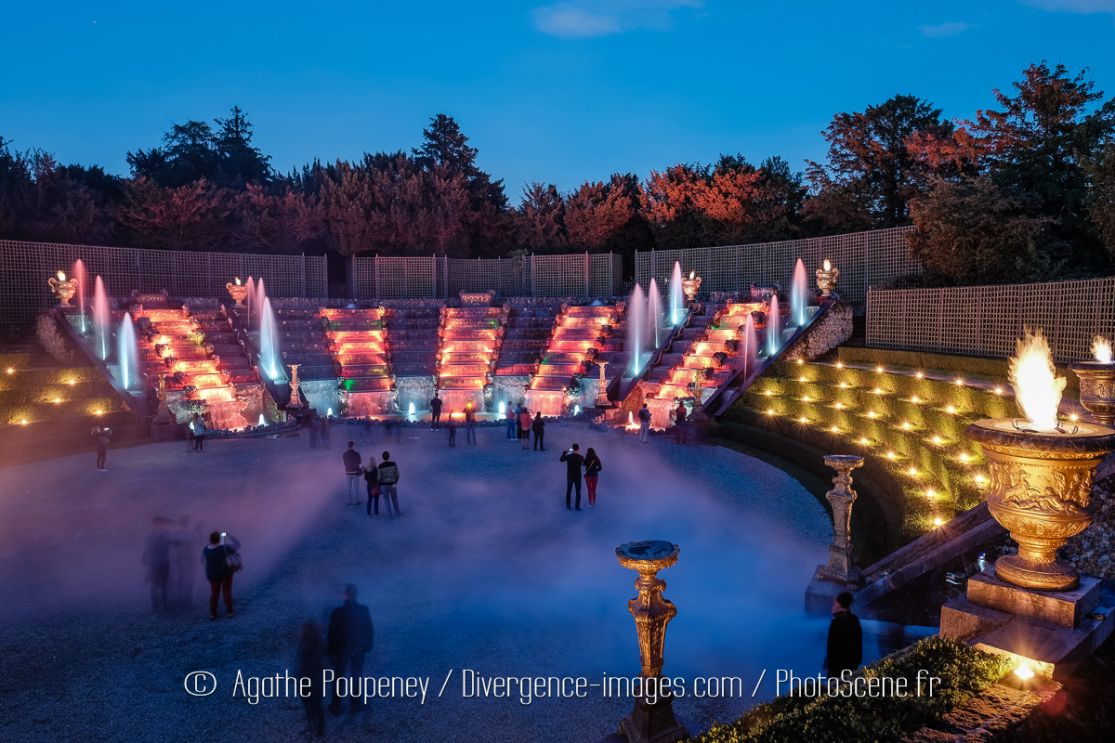 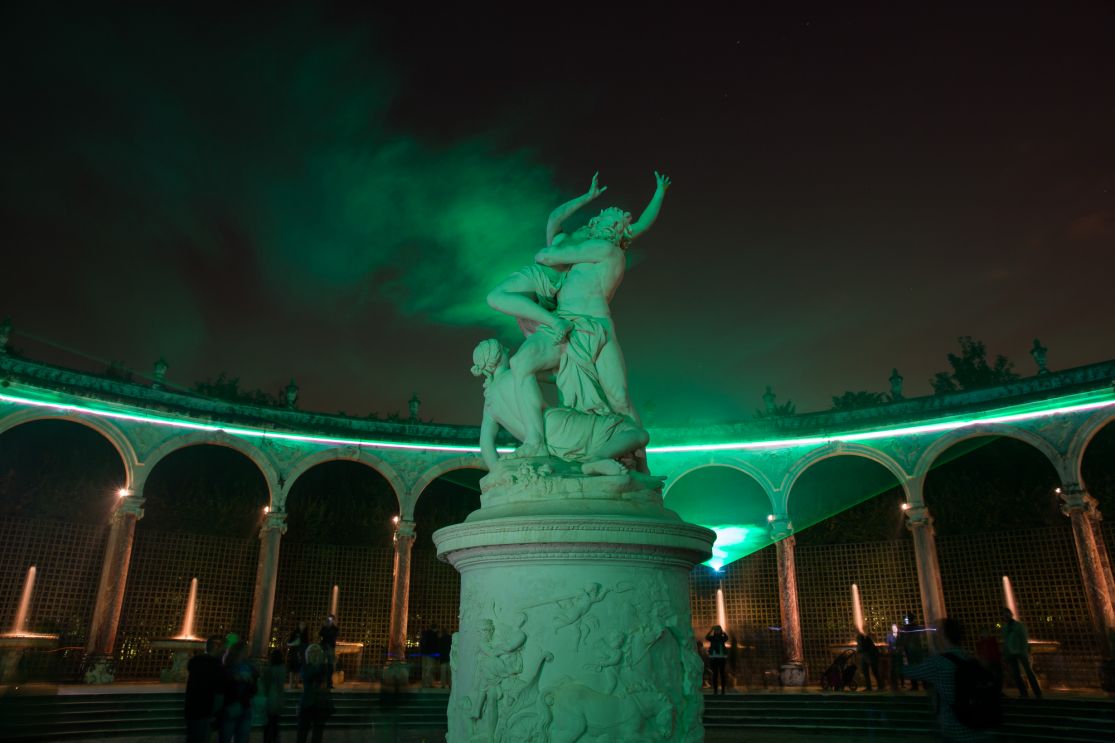 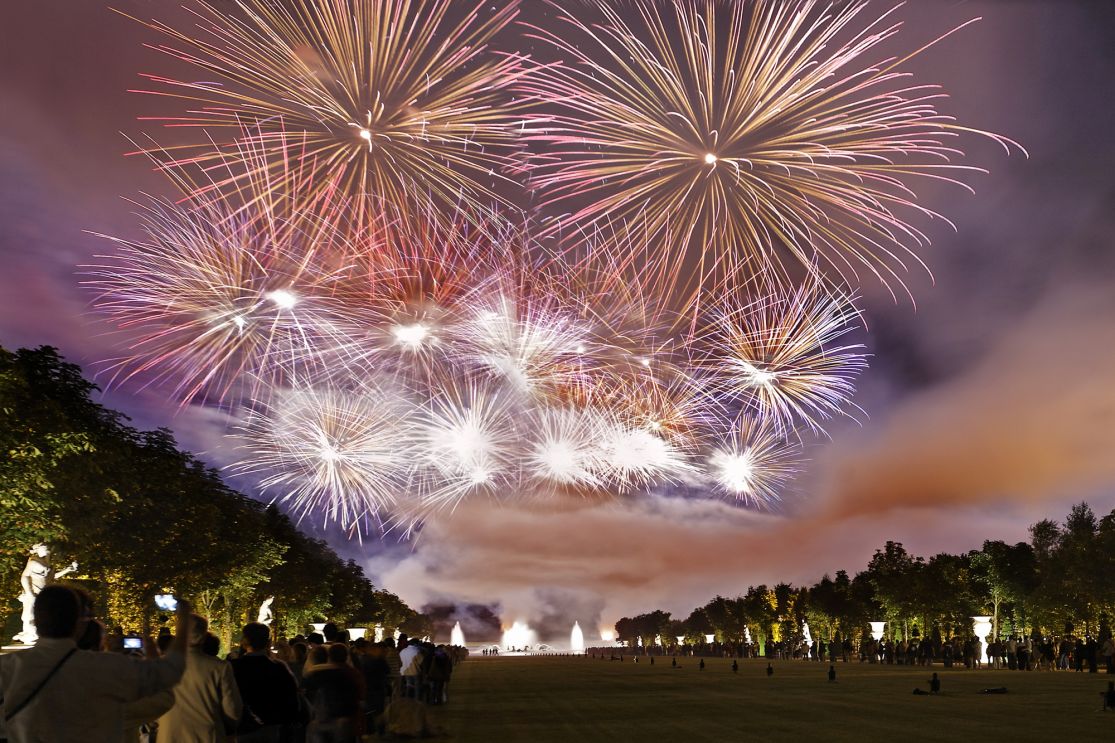 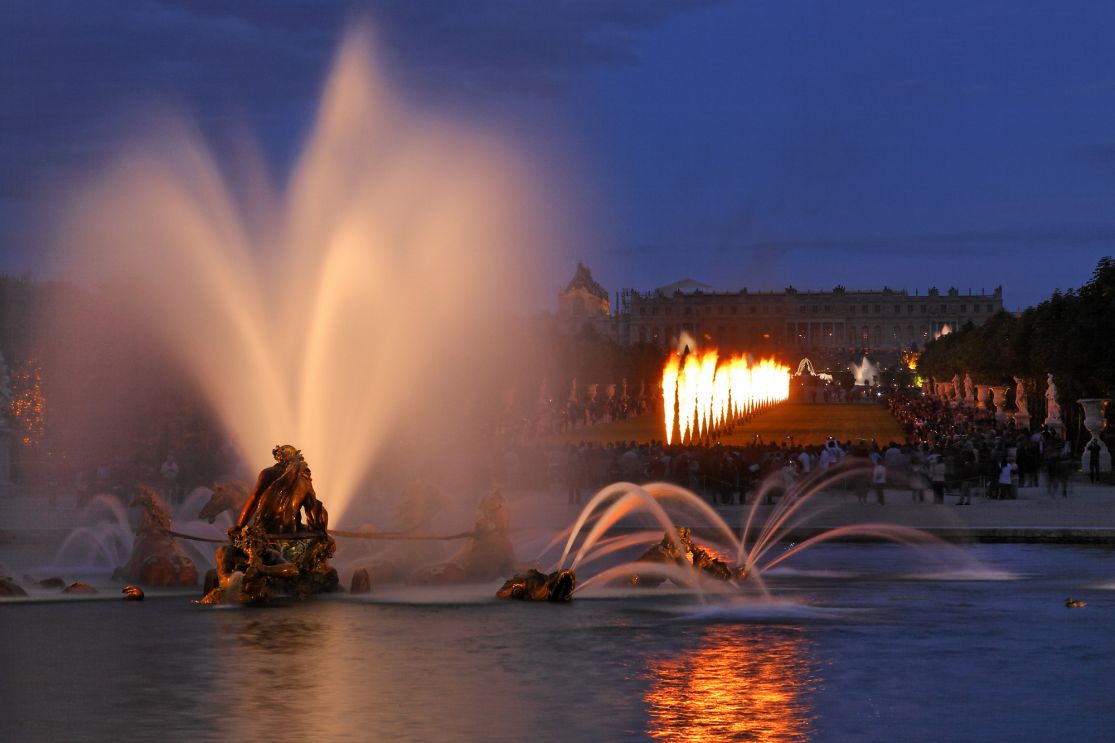 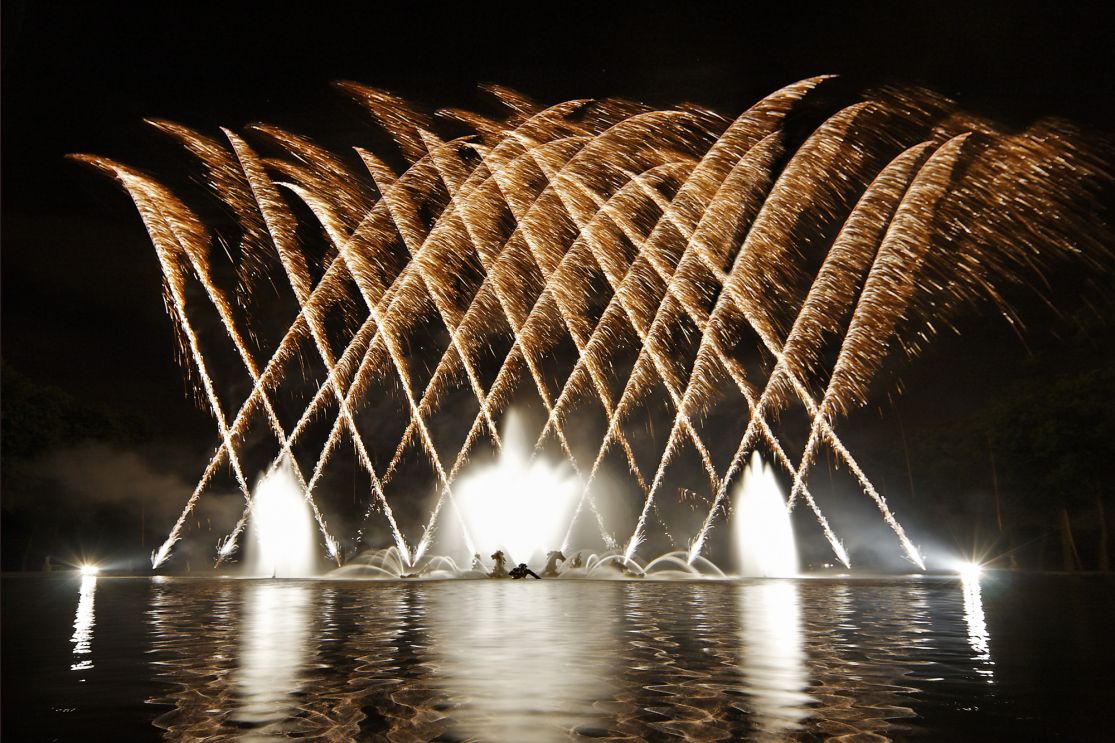 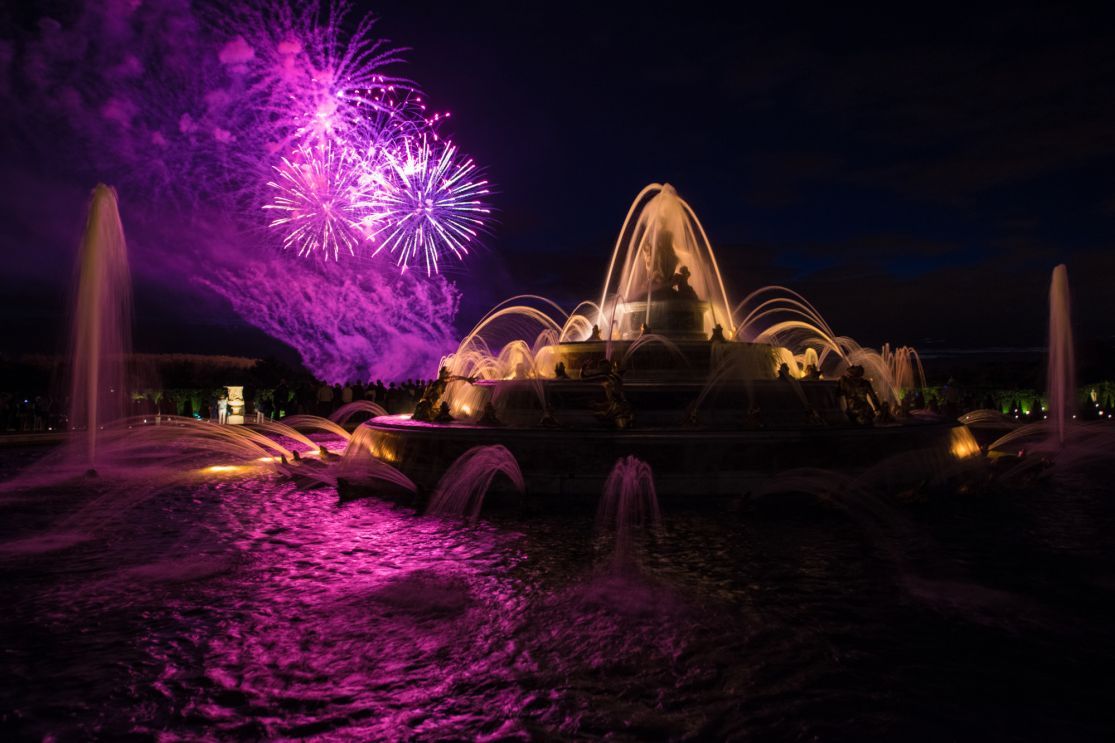 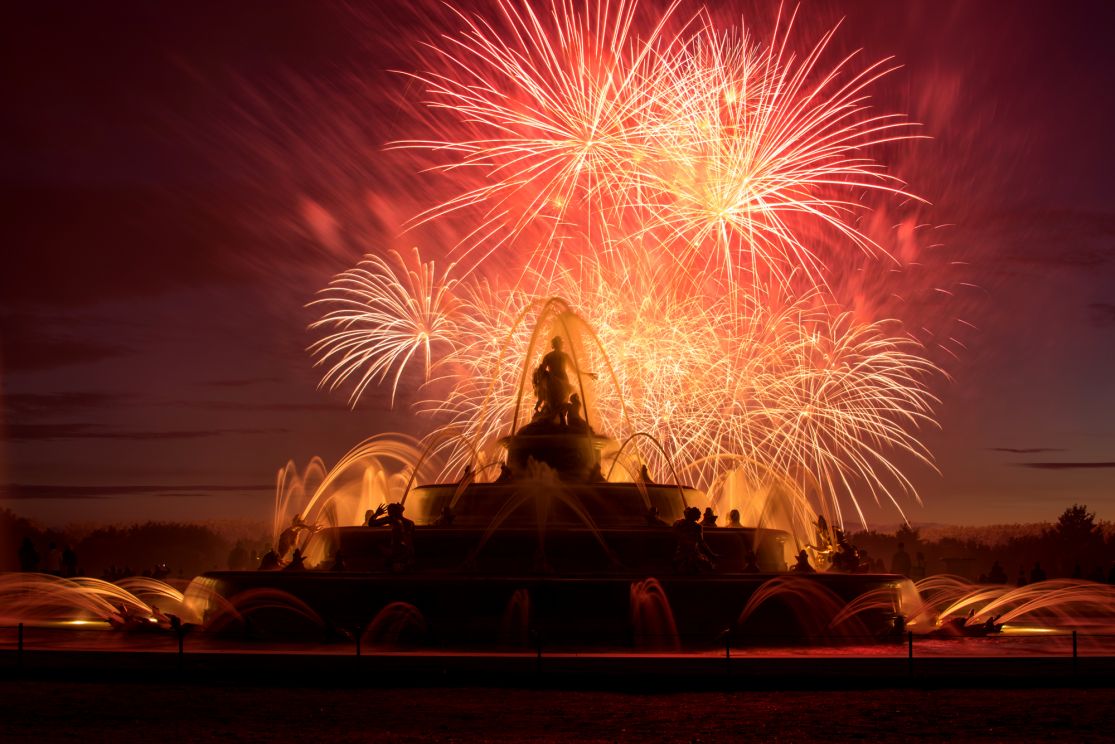 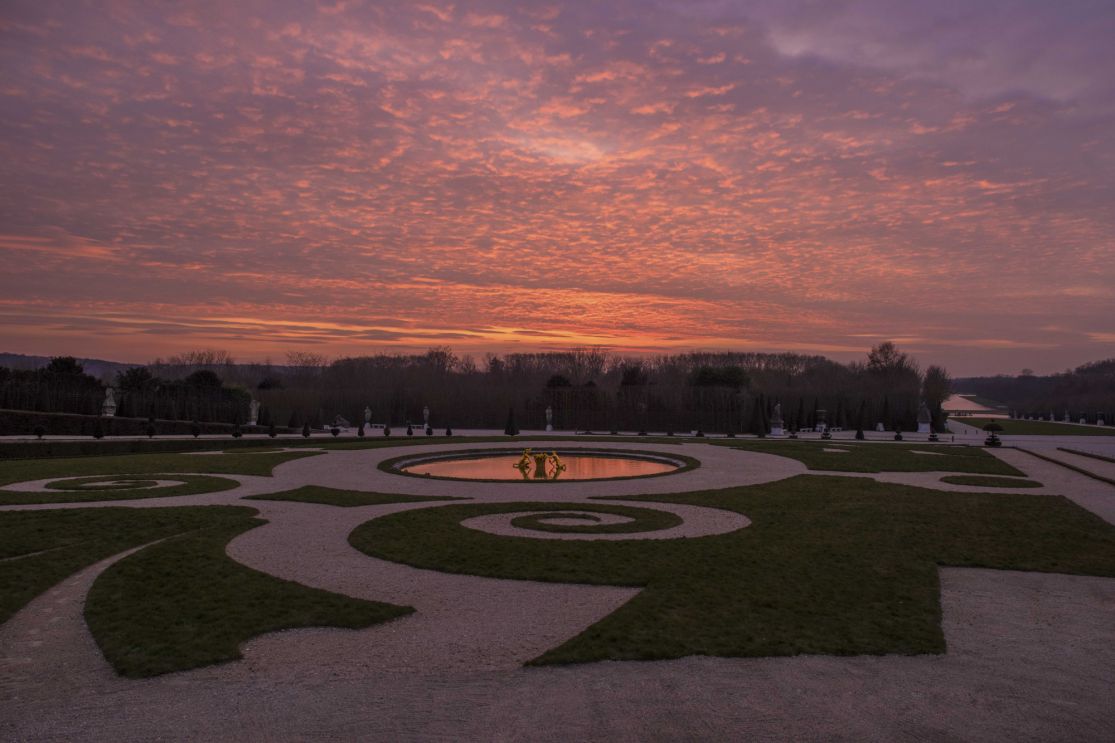 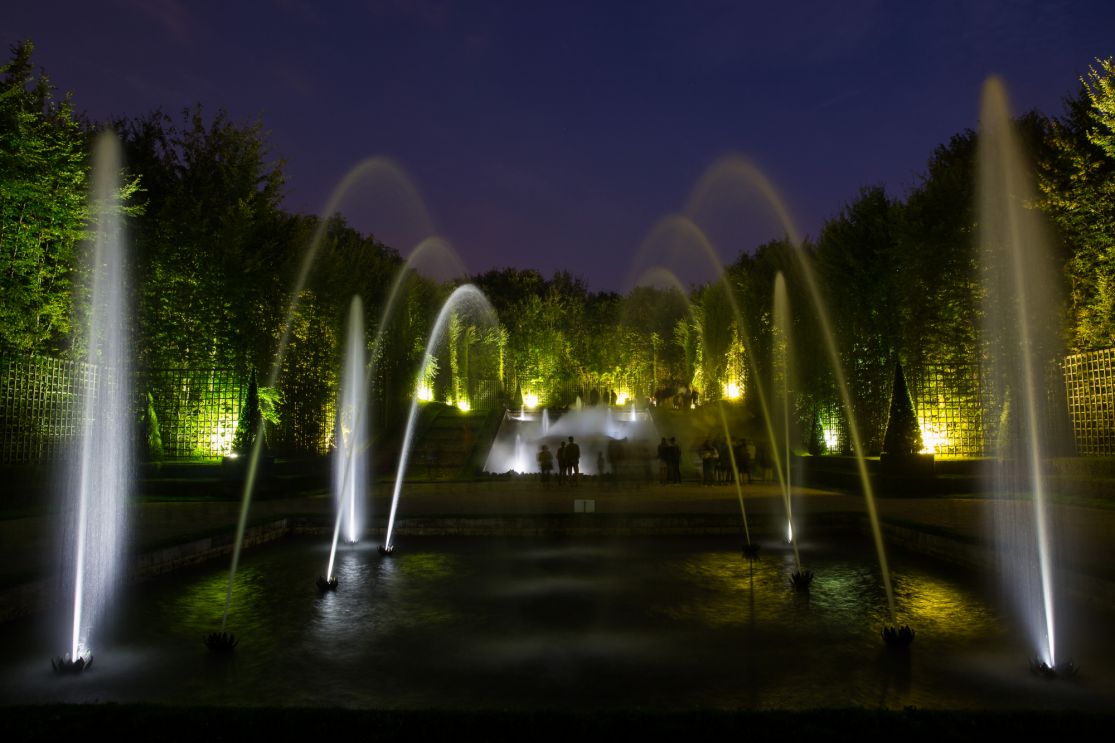 The Night Fountains Show is taking place regardless of the weather conditions. Tickets cannot be returned and are non-exchangeable and non-refundable, even in case of bad weather.

FREE for children up to and including 5 years old.

PRESTIGE TICKET, for an evening with complete peace of mind:

• A dedicated car park accessible via the Grille de la Reine from 7pm.

• Direct access to the site via the Neptune Gate from 7.45pm.

• A complimentary glass of champagne to enjoy before your visit.

Entrance conditions will be adapted according to the health protocol in force.

Download the visit map for:
→ The Night Fountains Show

- The Night Fountains Show is taking place regardless of the weather conditions.
- Strolling tours, no seats available.
- All exits are final.