Drama giocoso in two acts on a booklet by Lorenzo da Ponte after Giovanni Bertati, first performed in Prague in 1787.

It is perhaps, along with Wagner's Tetralogy, the most famous cycle in opera: between 1786 and 1790, Mozart and Da Ponte signed their famous Trilogy comprising three major operas, The Marriage of Figaro (1786), Don Giovanni (1787), and Così fan tutte (1790). In truth, in Mozart's vast output, these three works are perhaps the most accomplished, thanks to his librettist Lorenzo Da Ponte. The latter, a key figure in Vienna, not only brought Mozart success, but also librettos tailored for the composer's genius. For music is at its most beautiful, and the three works give the listener no rest, with a succession of situations, arias, duets and sumptuous ensembles.

Their common points are very powerful: three Italian operas, in the buffa style, three "drama giocoso", intended for the troupe of the Vienna Opera; each  presents the action condensed in a single day, a guarantee of urgency and brilliance; the French influence is evident everywhere: Figaro inspired by Beaumarchais, Don Giovanni taking up the rebellious and flamboyant character illustrated by Molière, and Così in a style drawn from Marivaux and the French comic opera that was very popular in Vienna. Finally, it is the spirit of freedom that unites these three works and still speaks to us today, although in its time it was particularly daring. The heroes of the Trilogy are certainly libertines: in politics for Figaro who, like Beaumarchais, breaks social barriers and leads the game, in religion for Don Giovanni who defies God as "the great lord who has turned into an evil man " he is, and lastly in love all the time, especially in Così, whose four protagonists play a game that is as pleasant as it is imprudent....

Don Giovanni was commissioned by the Prague Opera immediately after the success of The Marriage of Figaro: Mozart and Da Ponte wanted to build on their success and chose a subject that had just triumphed a few weeks earlier in Venice, a Don Giovanni composed by Giuseppe Gazzaniga. On the theme of the Seville cheat, a pervasive subject in theatre since the middle of the 17th century, in particular in the very strong incarnation given by Molière, and in a ballet signed by Gluck in Vienna in 1761, Da Ponte concentrated the work on the libertine character of Don Juan, no doubt drawing inspiration from his friend Casanova (who, moreover, helped to modify Act 2, Scene 9, and was present at the Prague premiere...) The result is dazzling, never giving the spectator the slightest respite between murders, scenes of seduction, cunning and fantastic apparitions: here is a grand pageant that denotes the musical influence of the best Gluck, with an urgency and violence unheard of in an opera buffa, served by extraordinary music, an absolute masterpiece, which received an exceptional triumph in Prague! The revival in Vienna was less enthusiastic, but the work was a hit everywhere, and the impressive finale in which Don Giovanni refuses to repent and plunges into the underworld remains one of the most powerful moments in opera.

The three operas of this famous Trilogy are presented here together over three days, in the order of their composition. The characters (and their interpreters) travel from one work to the next, as so many bonds of love and power run through these three emblematic operas, to the point of imagining that they could be three acts of an exceptional whole. This in any case is the vision selected by Ivan Alexander and Marc Minkowski, in the flexible set of trestles and sails designed by Antoine Fontaine for the stage of the Drottningholm Historical Theatre and the Royal Opera of Versailles. The great challenge of this "complete" project is for the singers to have nearly 9 hours of music in their heads and in their voices, without being able to rehearse or rest between each evening... The ace team brought together for this project with the Musiciens du Louvre, will bring it to a climax! And the challenge for the spectator is obviously here, to see the three operas in three successive days, to be more than ever dazzled by an absolute concentrate of Mozart’s genius ! 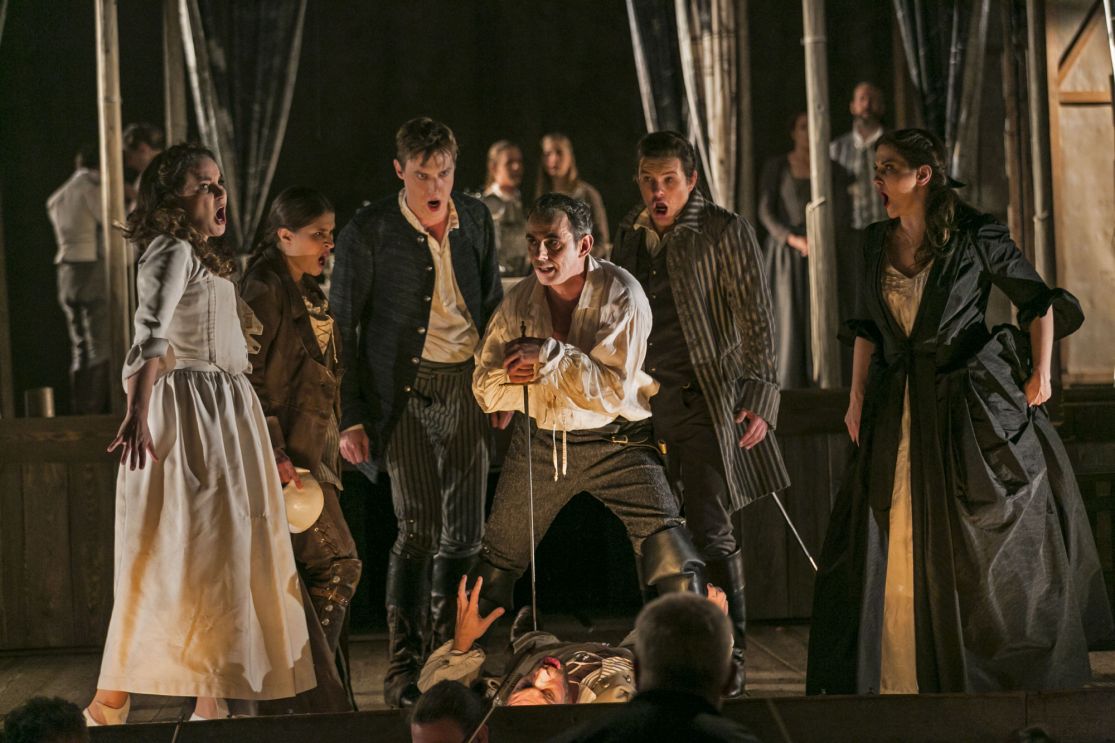 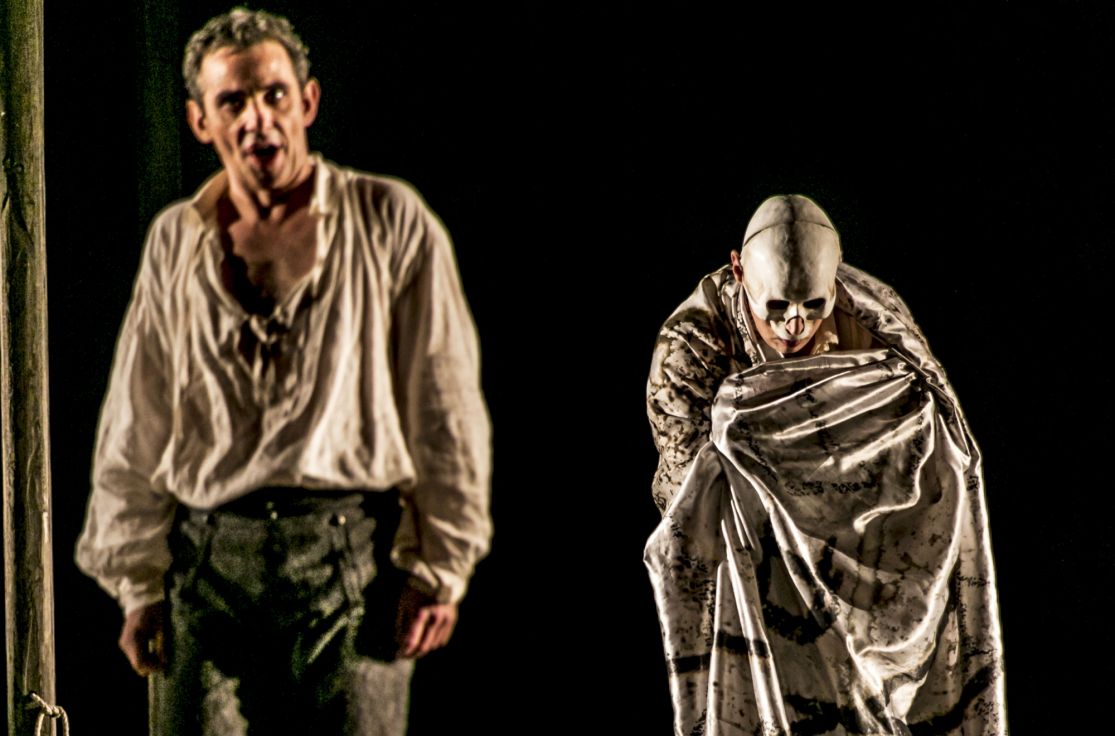 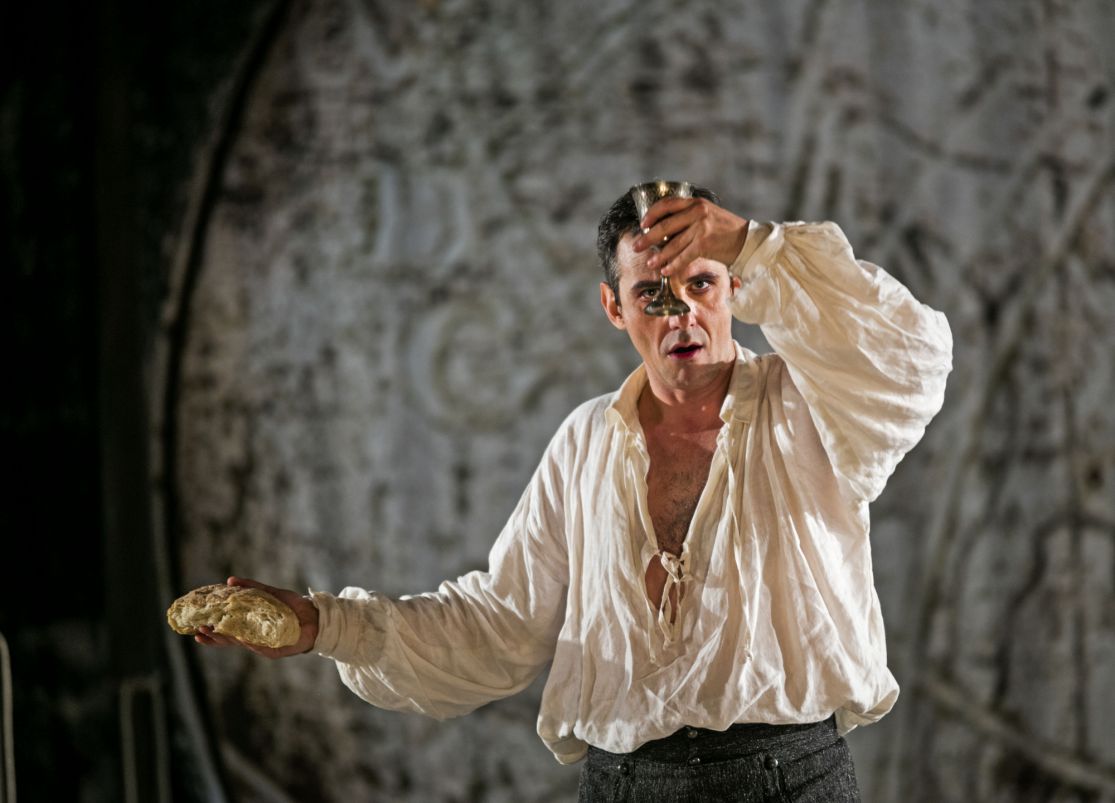 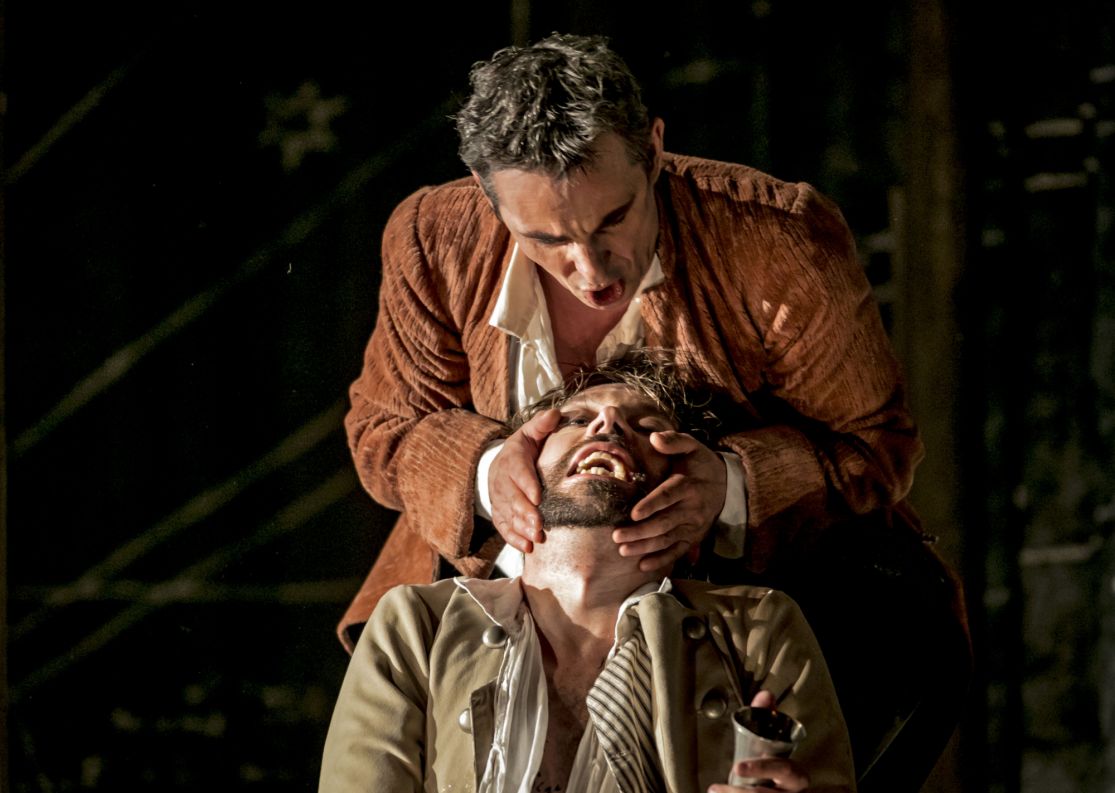 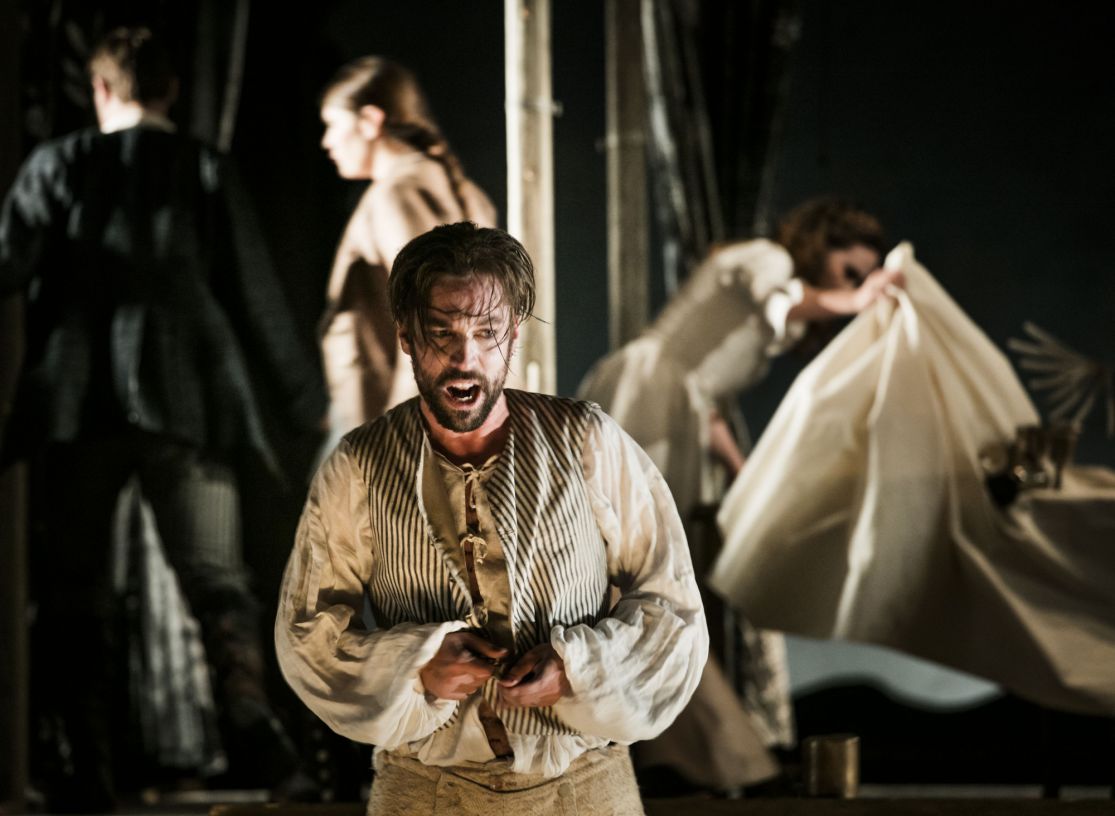 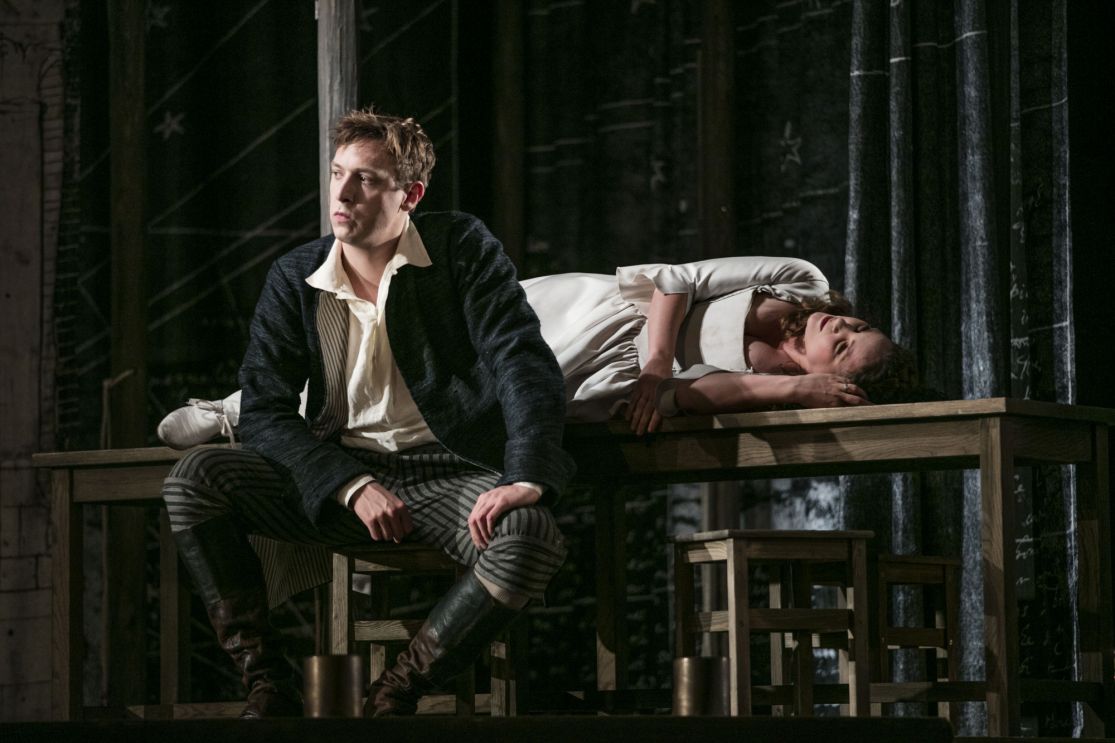 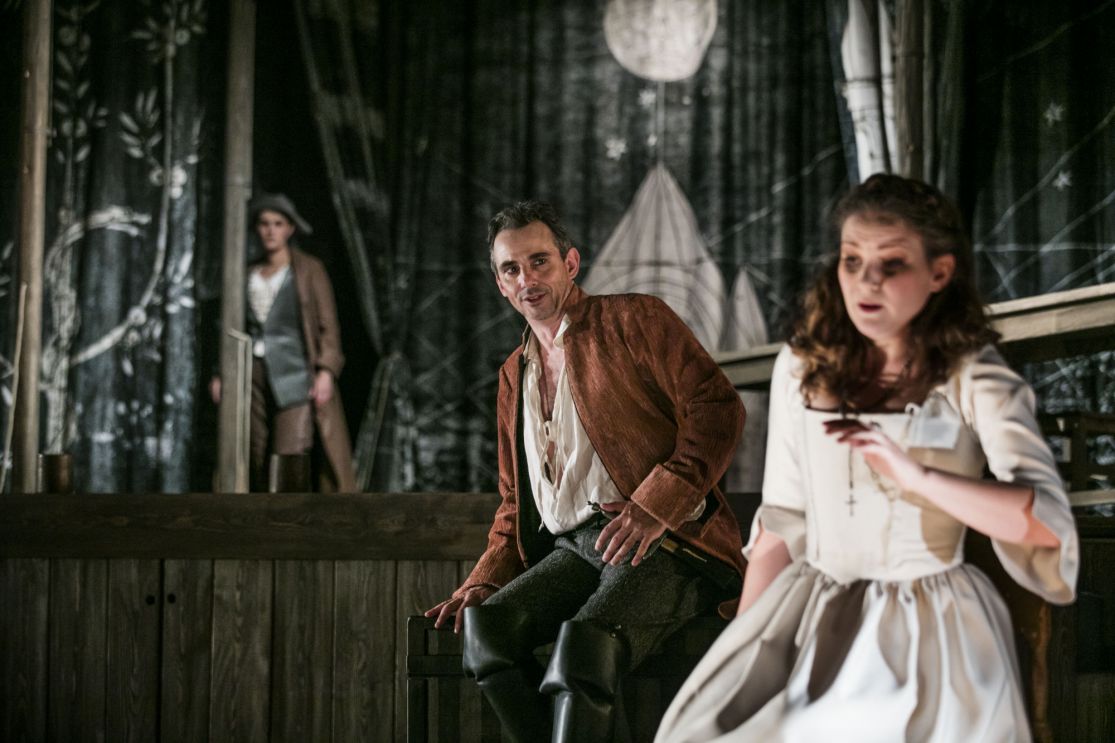 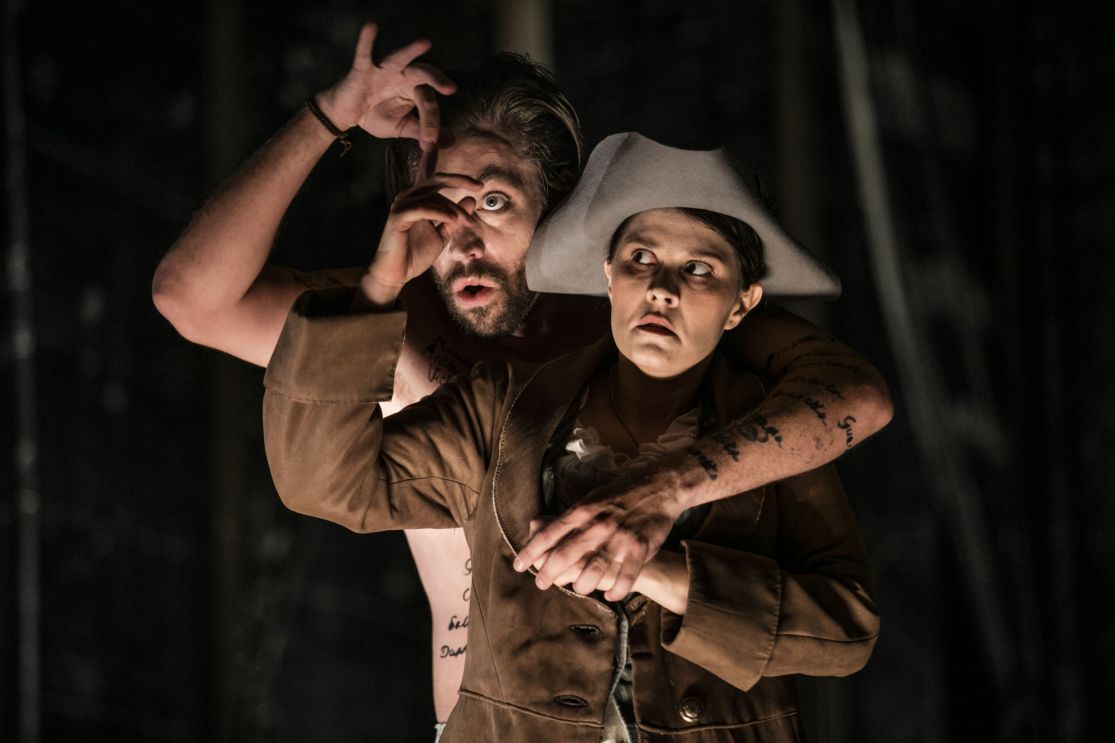 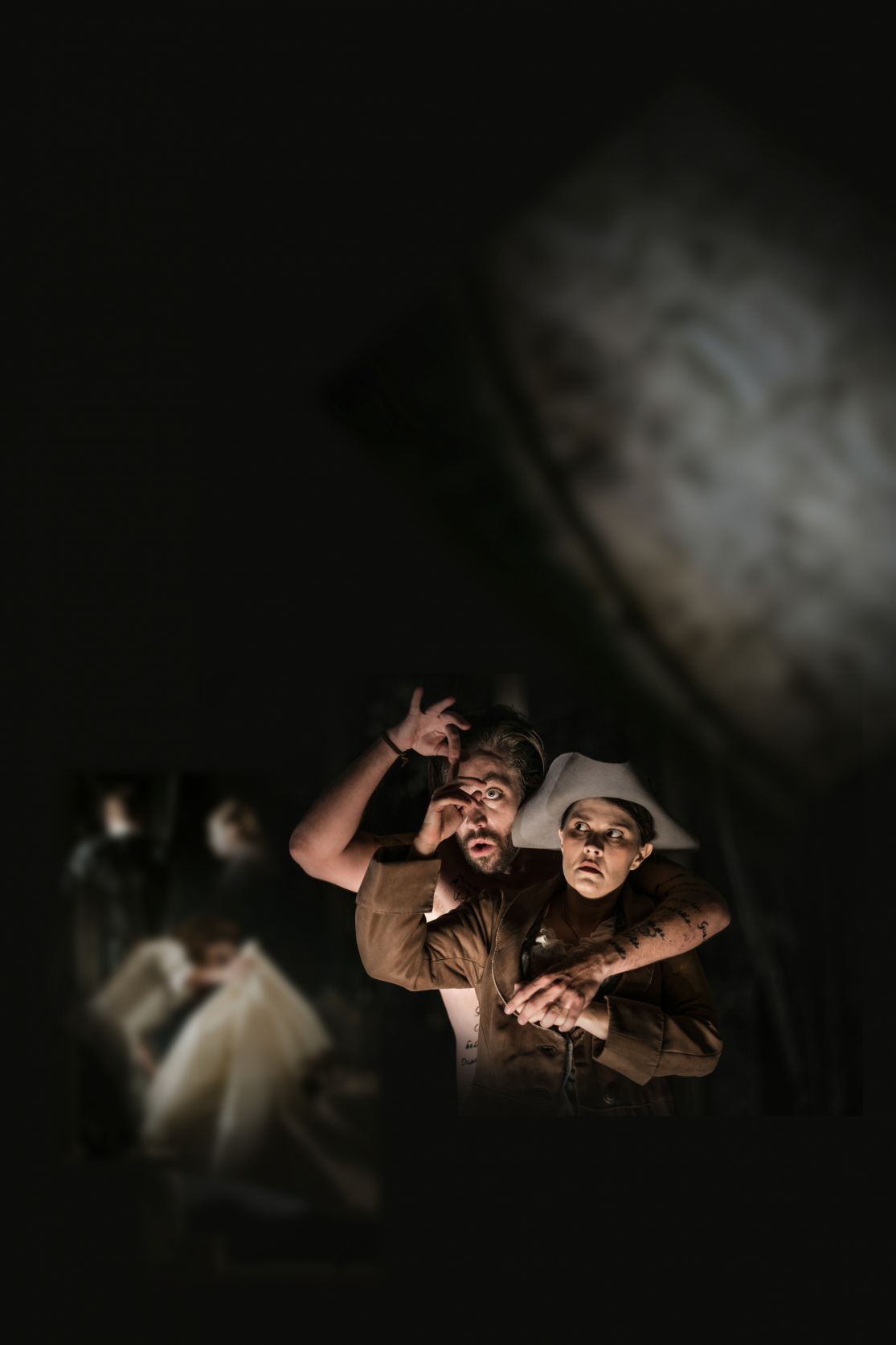 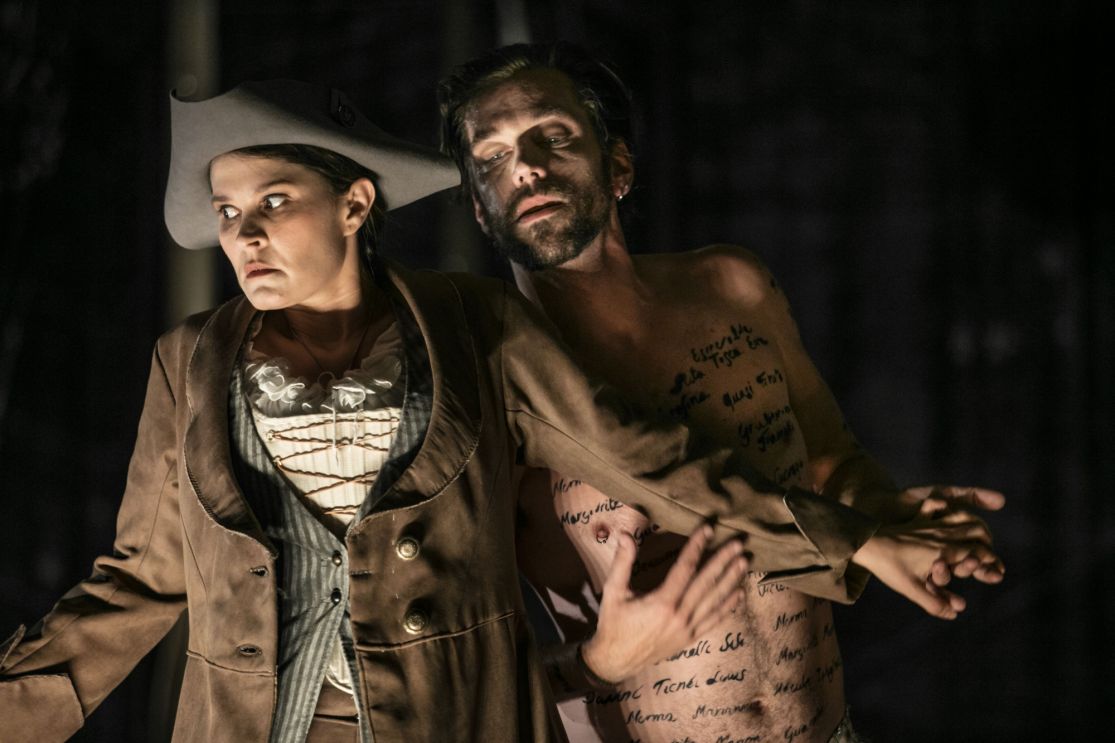 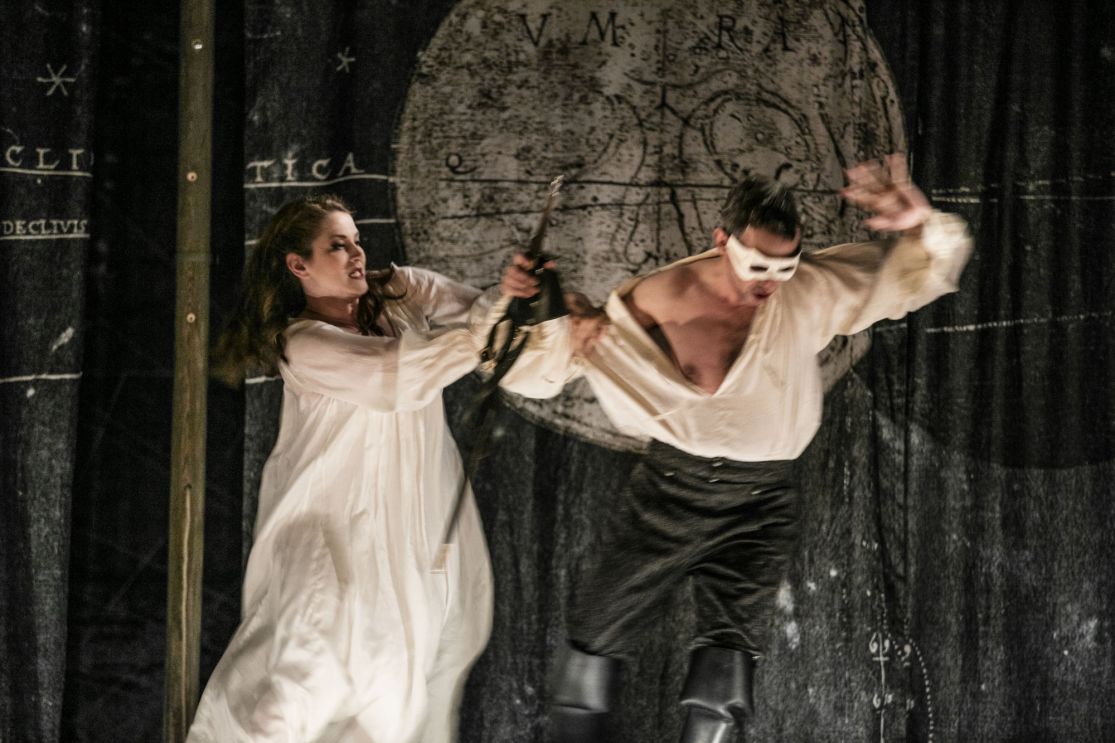 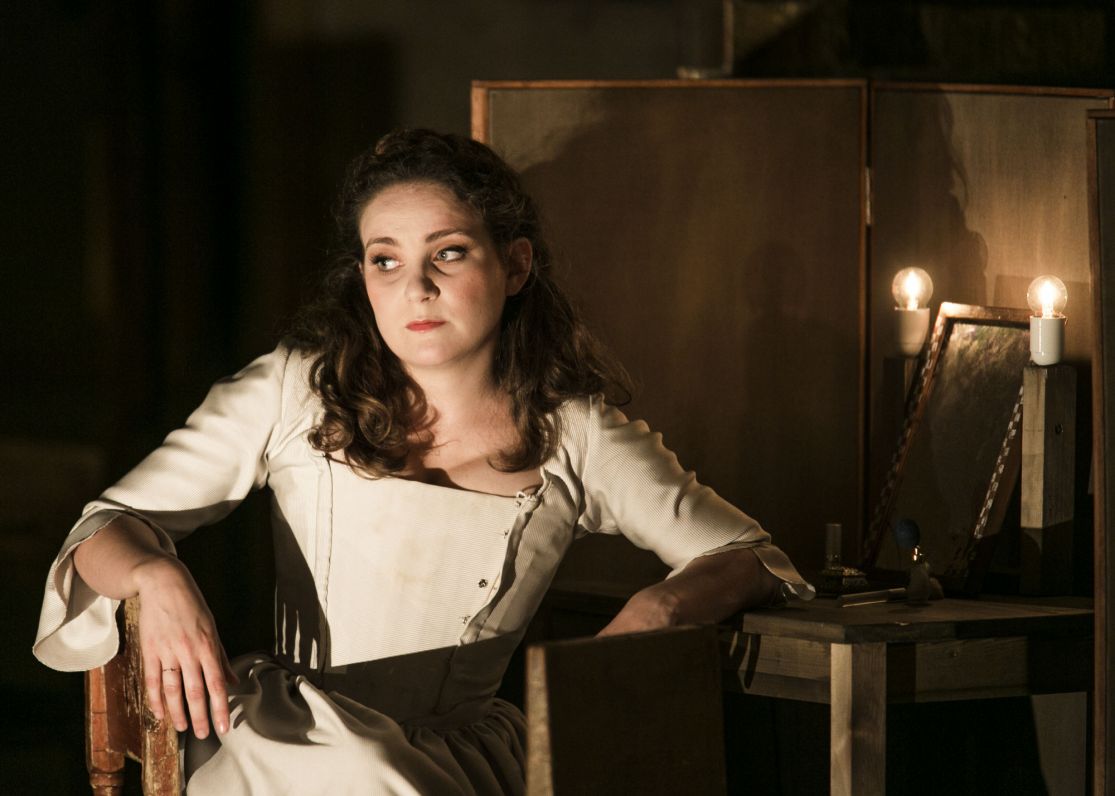 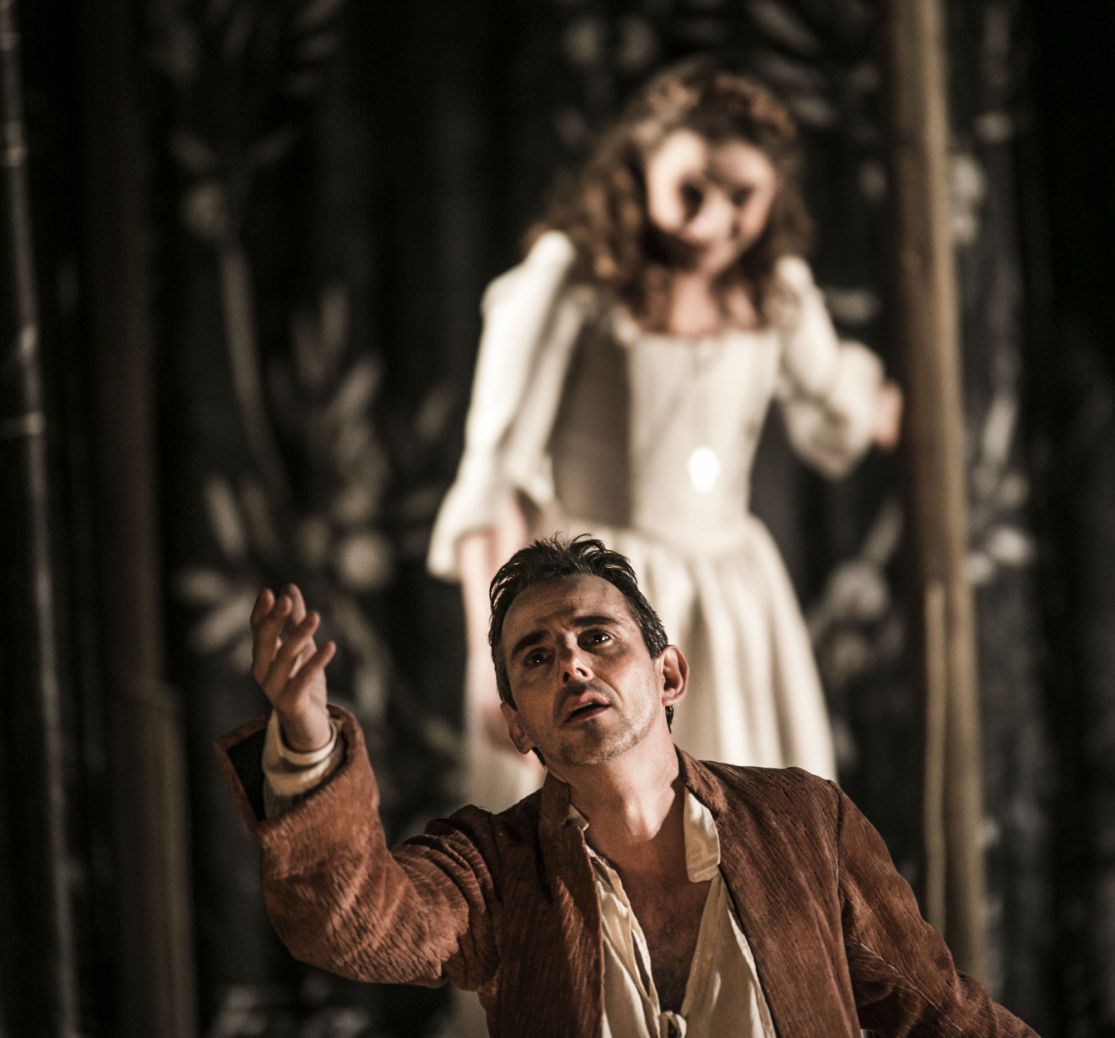