Whether he or she already knows it or not, on that day they look at it differently, as if the prospect of setting up their works there opened their eyes. How they look at it is more important than what they say: they take the measure of the unique architecture and size themselves in the light of this exceptional environment. From that first day, there is nothing other than that singular relationship where one is confronted to the other. We were walking with Anish Kapoor.

At a brisk step, with long land surveyor’s strides. Our long walk unfolded in a silence only interrupted by a few words about Le Nôtre, born on a 12th of March like Anish Kapoor – a small nod to history. When it finally came to an end, Anish Kapoor asked to think things over. How unnerving for us! What humility from an artist used to the grandest sites. A year later, Anish Kapoor proposed “his” itinerary in the gardens of Versailles. Like Giuseppe Penone, like Lee Ufan, he had secretly identified the works and the sites. Like them, with his sharp eye he had first calculated size and proportions. He magnificently inhabited the space of the Grand Palais in Paris in 2011 with his Leviathan, however he felt he needed to measure up to the 800 hectares of the Versailles grounds.

Beyond the topography of this territory conquered and disciplined by Louis XIV and his gardener Le Nôtre, the way Anish Kapoor, engineer and philosopher, architect and poet, grasps space, maybe takes us into his innermost thought. He has demonstrated here and there that the notion of space is uppermost for him; he has confided that he treats it as a “poetic idea”, not within its limits but with all it involves. What we see and do not see, the meanings accumulated in the course of history…

For Anish Kapoor, a work of art doesn’t exist alone but through its viewer. The visitor at Versailles will witness the dualities of artist’s work: heaven and earth, visible and invisible, inside and outside, shadow and light… This universe can be read through experience and imagination. The originality of this exhibition, what makes it unique, even to those who have long been familiar with Kapoor’s work around the world, is that in Versailles his vision meets an imagination set in stone by history. The very controlled landscape of Versailles is drawn into instability. The grounds become uncertain and moving. Waters swirl. Romantic ruins take hold of the Tapis Vert. Exposed interior orifices are hidden within the garden’s labyrinths. The mirrors that are so central to Versailles now distort it. This world is perhaps about to tip over. It is not by chance that Anish Kapoor was the first to push open the door to the Jeu de Paume, which he considers as a work of art in itself, to exhibit his installation.

Anish Kapoor draws us into a hidden history, within the boundaries of Versailles."

- Catherine Pégard, president of the Palace of Versailles. - 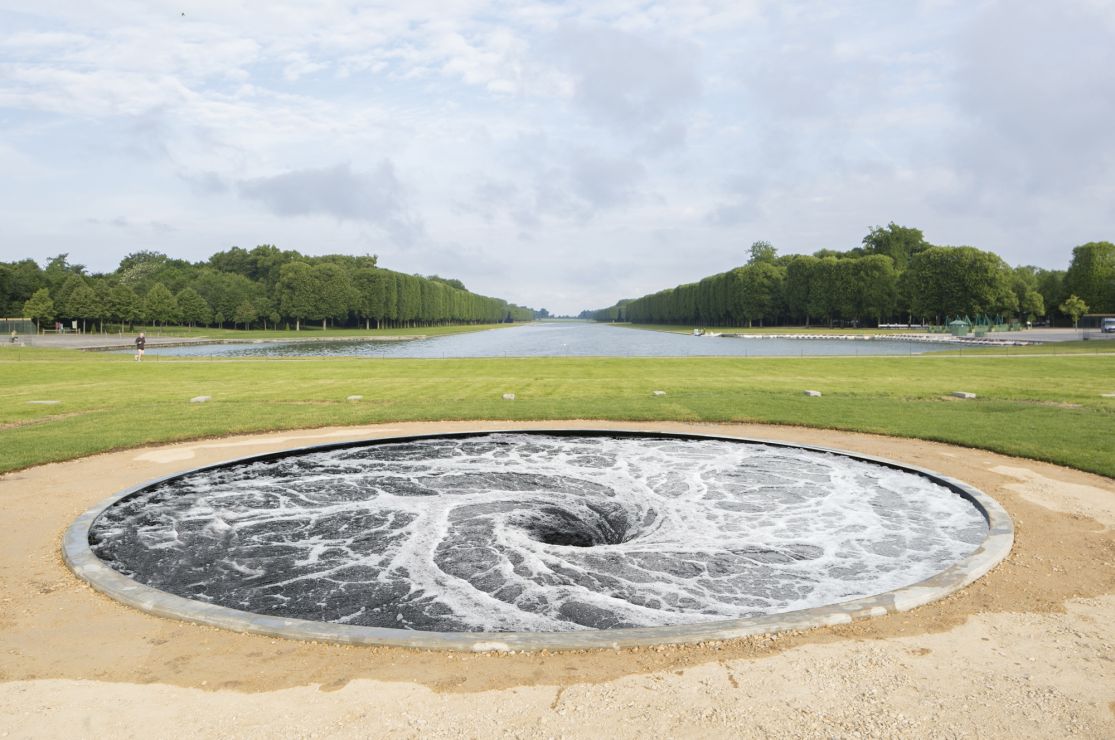 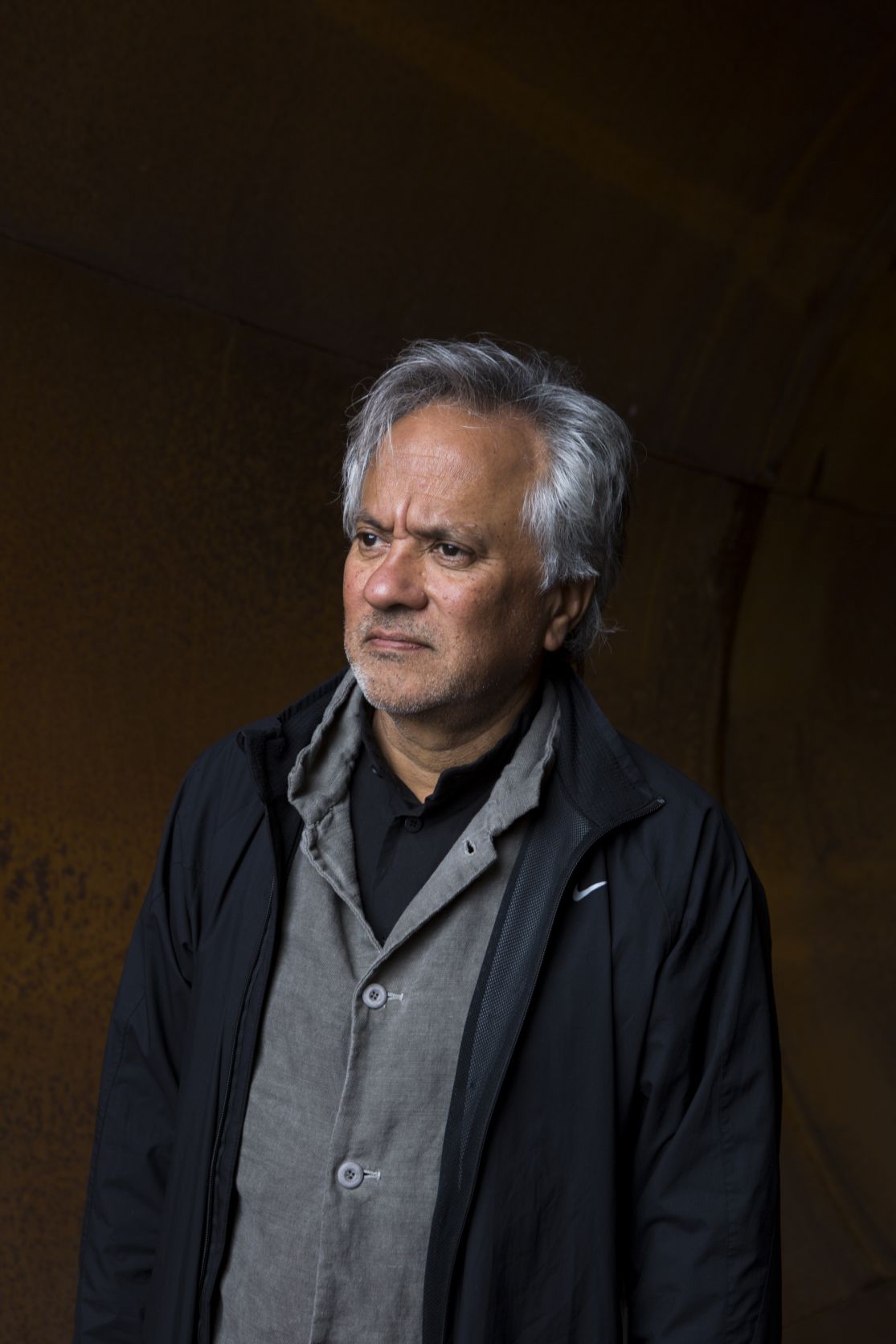 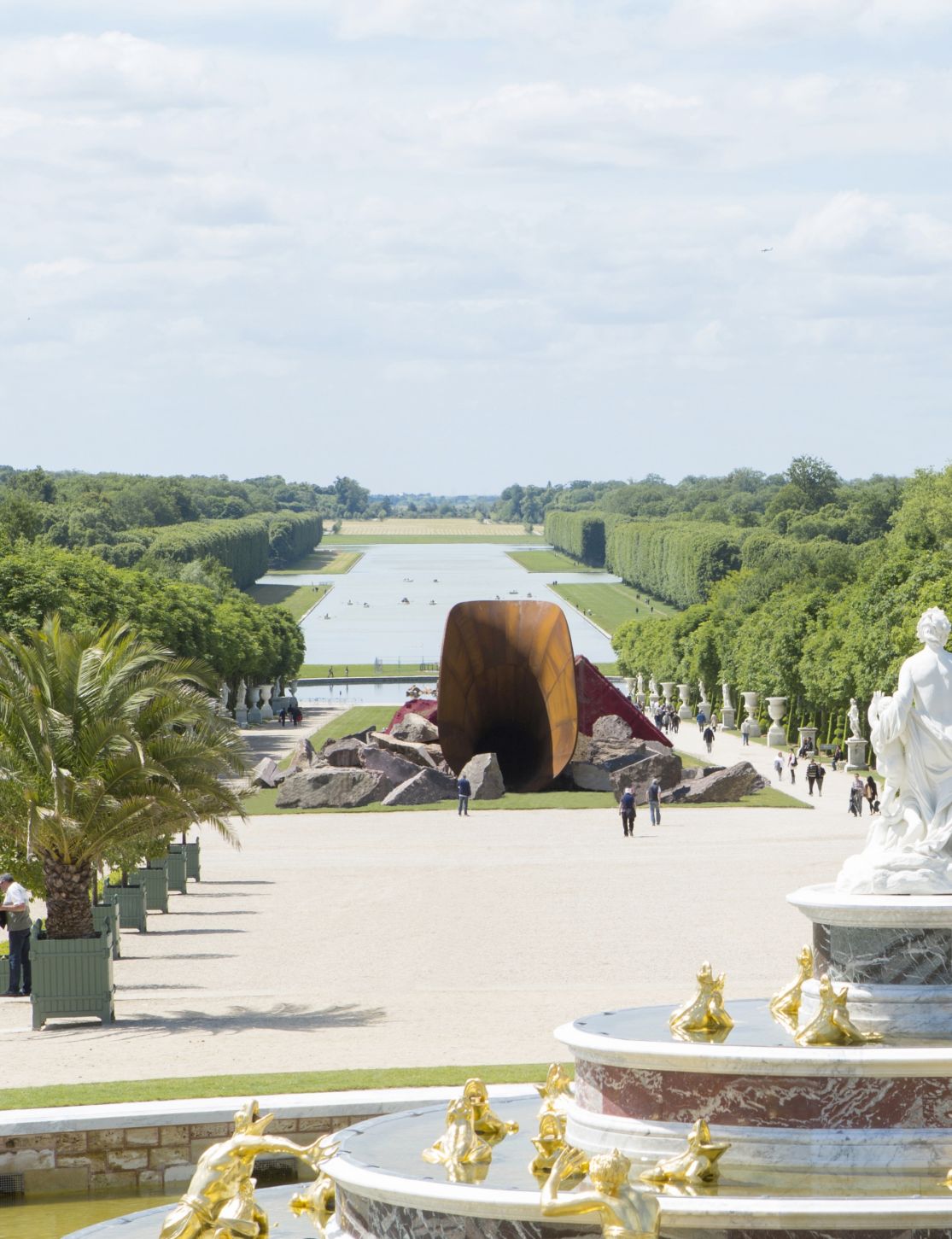 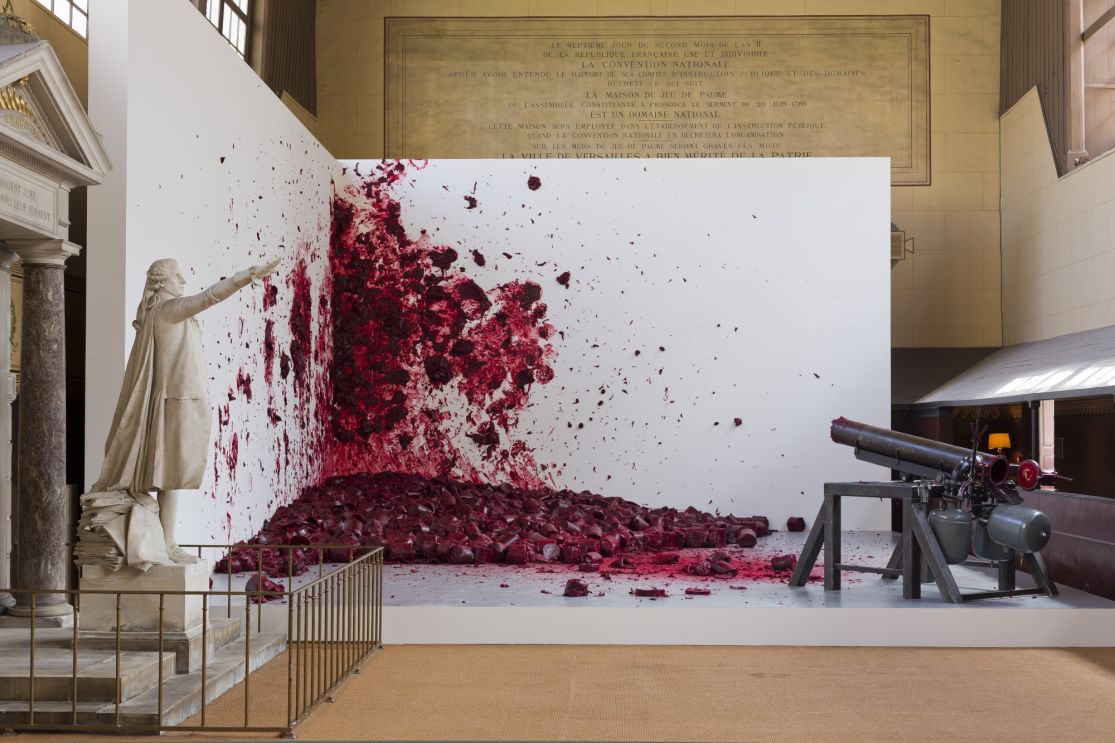 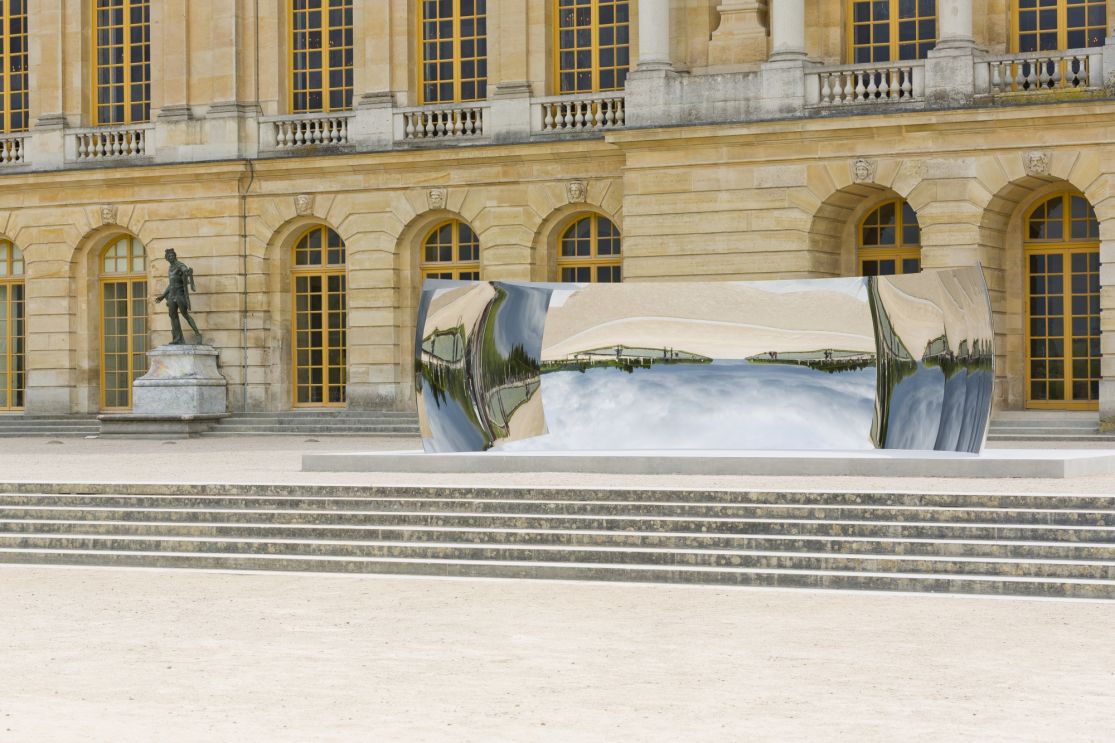 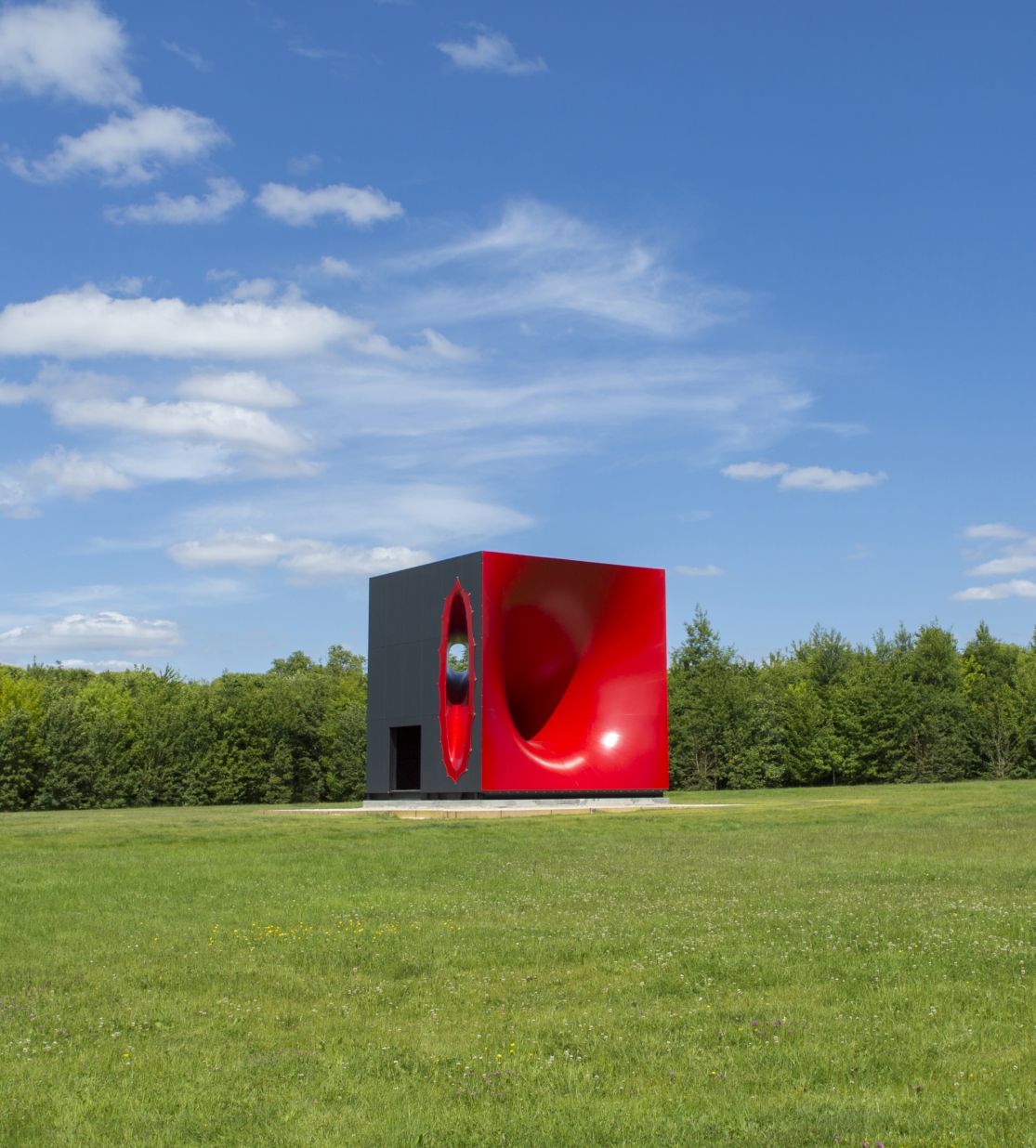