Video: 2020-2021 Musical season of the Royal Opera of Versailles

"Dear spectators of the Royal Opera of Versailles,

I hope you and your loved ones are all in good health. We miss you and I know you miss our shows.

It is with a curious feeling that I introduce this new season. First of all, the regret of not having been able to present the performances planned to celebrate the 250th anniversary of the Royal Opera, which would have been magnificent (but 7 of them are being videotaped in June and July, including four recordings for our CD collection: so, they will not have succumbed to the virus!) Then, the feeling that we are presenting a new season depending on a lot of constraints while wanting to fully live up to our Opera’s magnificent anniversary!

Of course, we have had to give up projects that could no longer be put in place and to postpone shows that were cancelled this spring. New dates were found for some; others will be shown in the following season. With the aim to reduce risk and protect artists, here is a programme on par with the quality of all our previous ones. This is Versailles, after all!

So, I'll let you discover this season in all its singularity and excellence, despite a particularly difficult environment.

The highlights of this new programme are wonderful staged projects that are bound to fascinate:

Among a plethora concerts some highlights:

Finally, the Orchestre de l'Opéra Royal, after a splendid debut in Les Fantômes de Versailles in 2019, will be present for six projects including five recordings, a true season in itself!

You will be able to book your seats very shortly. You will receive a ticket office email to inform you of the opening of sales. Conditions and details of postponement, vouchers and donations will also be set out.

Those of you who wish to do so can donate the amount of the tickets of your cancelled shows. This will entitle you to a tax reduction of 66% of the total amount. The money raised will be entirely invested in the recording and concert of Rameau and Mondonville’s Grands Motets conducted by Gaétan Jarry – November 15, 2020. This donation to the Château de Versailles Spectacles will be an opportunity to show your support and attachment to the artists who keep the Royal Opera alive.

After a spring-summer season reduced to silence, here comes a second chance to celebrate the 250th anniversary of the Royal Opera of Versailles. I know that we will seize it together, with the hope of shared happiness.

Finally, I would like to add to this message a sincere thought for Joëlle Broguet, founder and treasurer of ADOR, who died suddenly at the end of May, to which her very many friends will be associated: she will hear our fraternal greeting from heaven.

This new season is now yours to choose from, our team is now gradually coming back to work and at your disposal. We will be so happy to see you again this fall!

In the meantime, I assure you of my friendship."

Download the detailed programme of the 2021-2022 Season (in French)

This programme is presented subject to changes and clarifications of the regulatory conditions in the context of the health crisis. 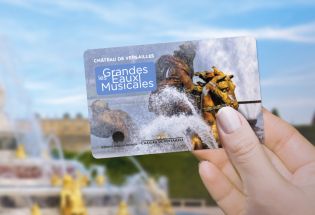 The 2022 Garden Pass gives you access to all Musical Fountains Shows and Musical Gardens, from April 1st to October 30th 2022. 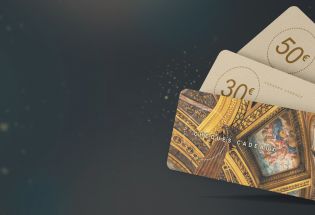 Be sure to please by giving a gift certificate for a concert of the Royal Opera of Versailles' musical season. 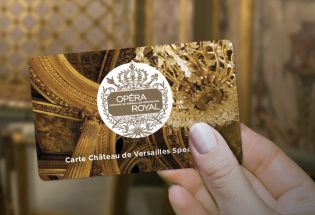 The Château de Versailles Spectacles card gives you access to multiple advantages on the season performances and on the Versailles Festival.